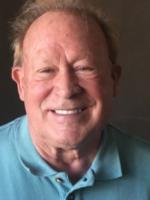 Dr. Michael Jack Jarvis Campbell, 80, of Media, PA, died peacefully surrounded by family and friends on December 8th, 2019 at the Hospital of the University of PA.  Formerly of Kenova, WV and Ashland, KY, Michael was a graduate of Ceredo-Kenova High School and Marshall University where he received both his undergraduate and graduate degrees in psychology and counseling.  Michael loved his family, a good cigar and Avalon NJ. He also enjoyed driving, target shooting, and once upon a time, motorcycles.

His call to the ministry began when he was licensed to preach the Gospel in 1961 in the Baptist Church. He went on to study at the Philadelphia Divinity School and was ordained as an Episcopal Priest.  He served as Rector at Christ Church Media, All Saints Darby and St. Timothy’s Roxborough. While maintaining his connection with the Episcopal Church, Michael was also an active member of Media Monthly Meeting of the Religious Society of Friends, as Clerk of its Property Committee, Care Committee, and Funeral Subcommittee, and on the Outreach Committee and Worship and Ministry Committee.

Dr. Campbell continued to serve his community as founder in 1994, along with his wife Susan, and as chair of the Center Foundation, which empowers people and builds caring communities through mentoring, education and support.

Michael used his diverse talents in organizational management, public speaking, pastoral counseling, and direct sales in a variety of professional pursuits and service to the community.   Michael served on the founding board of the Ethel Mason Child Development Center, and on the boards of the NAACP, Media Fellowship House, Center for Resolutions, the Garrison Family Foundation, VoxAmaDeus, Media-Providence Friends School, The Rotary Foundation of Media.

As a proud member of Marshall’s “Thundering Herd” Michael received All-Conference honors as a member of their football team and was president of the college choir. While in college Michael worked in law enforcement in Kenova, for WSAZ radio, on a children’s TV show and hosted a classical music radio show.

His love of music continued as a member of the classical Ama Deus Ensemble of VoxAmaDeus, performing in churches and annually at the Kimmel Center.

He was preceded in death by his father Jack Royce Campbell.

Contributions to Media Friends Meeting, Media-Providence Friends School or Rotary Foundation of Media would be preferred.