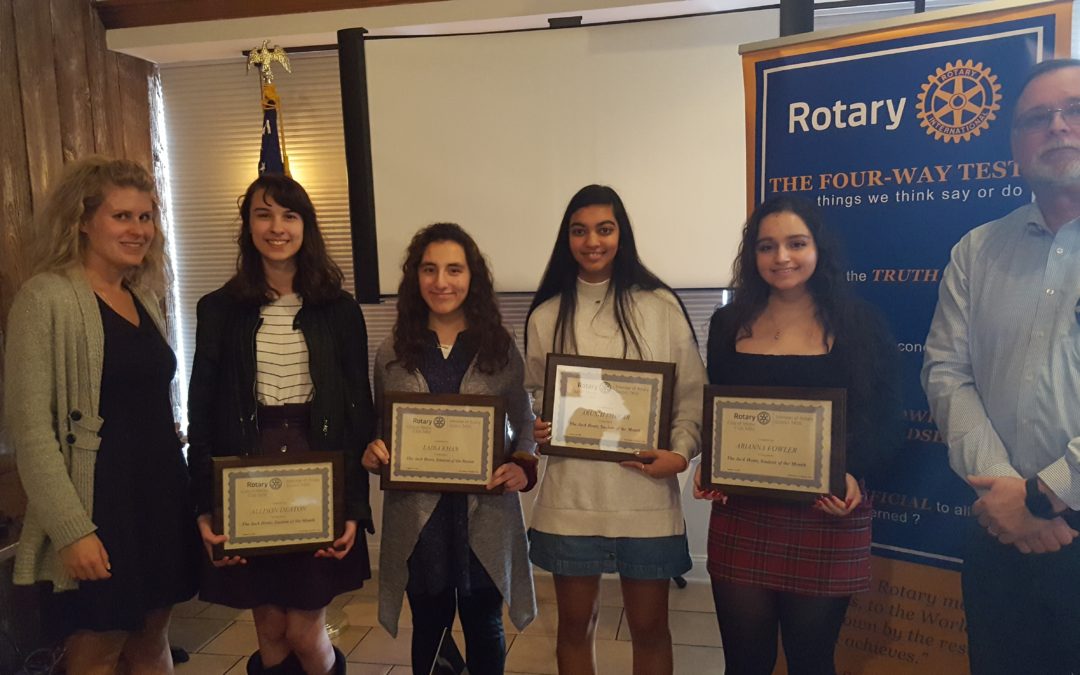 The Rotary Club of Media recently honored four talented high school students from Penncrest as Students of the Month.

Allison Deaton is a Junior at Penncrest with outstanding artistic ability. She has artwork displayed at the U.S. Department of Education, the 2019 Congressi onal Art Competition, the Pennsylvania Youth Art Month Exhibition, Delaware County Community College and Lima Estates. She is in the National Art Honor Society, and the National Honor Society, as well as Mu Alpha Theta, Pi Lambda Sigma, and Rho Kappa honor societies. She has won the “best artwork” at the Holcomb Behavioral Health Prevention Program poster contest; the Penncrest Academic Excellence Award and the gold medal in the National Spanish Exam. She volunteers at the Middletown Free Library and the Tim Tebow Night to Shine event.

Laiba Khan is also a Junior at Penncrest and is President of the Junior class. She has received the Academic Excellence Award and been on the honor roll every semester of High School. She is in the National Honor Society, the World Language Honor Society, The English Honor Society, the Math Honor Society and the Social Studies Honor Society. She plays on the softball team and volunteers at her Saturday religious school and the Middletown Free Library.

Arusha Ishwar is a Penncrest Senior and is captain as well as first doubles on the varsity girls tennis team. She is also a violinist in the Strings Ensemble and volunteers at the Middletown Free Library as the lead in the coding plus club to teach elementary school children how to code. She is a member of the National Honor Society, the World Language Honor Society as well as Pi Lambda Sigma, Rho Kappa and Mu Alpha Theta. Arusha has received the Academic Excellence Award, the National Spanish Award, the AP Scholar Distinction Award and the Scholar Athlete Award. She looks forward to college and a future career in medicine or neuroscience.