Students of the Month – February 2020 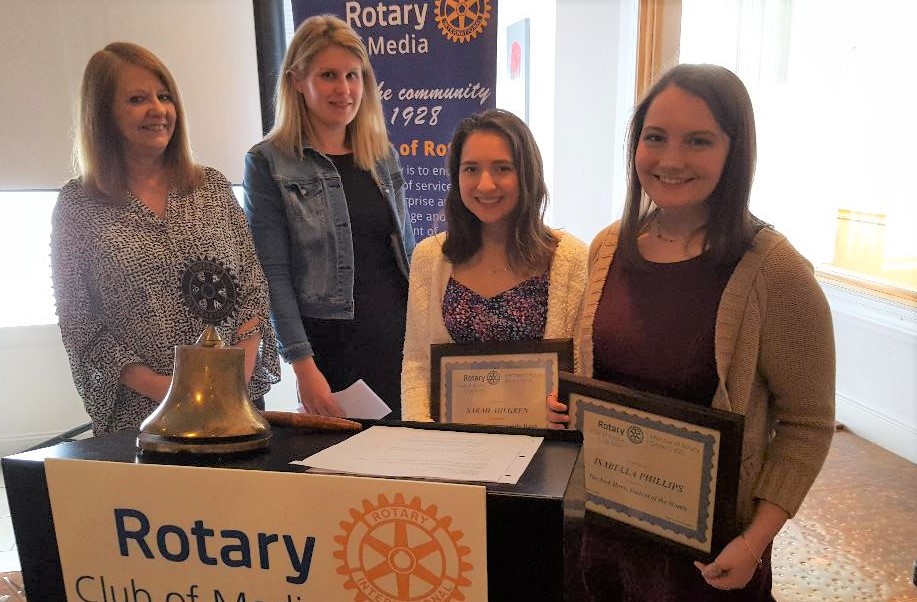 STUDENTS OF THE MONTH FOR FEBRUARY

Courtney Ballauer, chair of the student of the month committee, presented certificates to a Junior and Senior student from Penncrest High School.

Sarah Ahlgren is a cross-country runner and set the Freshman record her first year. She is in several honor societies, the marching band and is assistant captain of the color guard. She serves on Student Council, is in the Fair Trade club, and attended the Pennsylvania Governor’s School.

Senior Isabella Phillips is in the International Thespian Society, the choir, where she is a section leader, and has been in the school musical all four years. She is in Emanon, a Children’s theatre/Readers theatre and has taken acting classes at YPTW. She assists with the Springton Lake Middle School musical and has received the Leadership and Positivity award in choir. She has been accepted at several colleges and plans to major in Secondary Education: Foreign Languages (French).