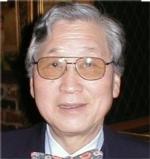 Dongkyu Bak, architect and civic leader, died at Riddle Memorial Hospital on Sunday, May 15, 2011 at the age of 81.

Don led a remarkable life. He was born February 4, 1930 outside of what is today Pyongyang, North Korea. His parents were descendants of members of the court of the last Korean dynasty. His maternal grandfather was a chamberlain in the court of the last Korean king. In 1905 the Japanese annexed Korea as a colony. Don’s early life in Korea did not resemble life as we now know it. Don’s family was, however, comparatively comfortable and able to provide him with a stable home and education. It was, also, a life shaped by the harsh nature of Japanese colonial rule.

Don grew up during the Japanese government’s comprehensive effort to replace all aspects of Korean culture with Japanese culture. His native language, Korean, was forbidden in public and he was required to speak Japanese in school and all public places. Only native Japanese students were permitted to attend the No. 1 (better) school in his area, and all of the principals and officials at the No. 2 school (for Koreans) were Japanese. In fact, all government officials were Japanese. Koreans were forced to change their family names from traditional Korean names such as Park, Kim and Lee to multi-syllabic Japanese names – his family’s name was changed to Arai. The Japanese restrictions and impositions strengthened Don’s sense of identity as a Korean while forcing him to work in an unfamiliar, hostile environment, traits he would call on in later life.

When Don was 15, World War II and Japanese colonial rule ended. The Soviet Union occupied the northern half of Korea and the US occupied the southern half. The Soviets set up local communist parties to replace the Japanese colonial officials. Don’s family’s was forced out of their home in 1945 and their belongings were seized by the communists. The communists stamped “property of the people” on each of their possessions – Don’s family left with the clothes on their backs. Don’s sense of liberty and justice arises from the way his family was treated by the communists.

Don’s family determined that the future lay in Seoul. It was the traditional center of Korea, located in the US–occupied south, and home to relatives who could help them get settled. Between 1945 and 1947 Don’s mother made several separate trips, on foot, between Pyongyang and Seoul to bring the family south. Don went south in the second trip, rejoining his father at a cousin’s home in Seoul. Don spoke matter-of-factly of his mother’s efforts for Don and his family. Don viewed his mother’s acts as the unconditional duty of a parent to her children.

By 1948, eighteen year old Don was settled in Seoul in US-occupied South Korea. He enrolled in high school, and characteristically took a leading role there. When Don and his friends learned that communist sympathizers wanted all high schools to go on strike, Don organized opposition to the strike. Don’s high school was the only high school in Seoul not to strike. By 1950 Don had completed high school and begun a university program. Don’s sense of initiative was strong. He saw the great tumult of Seoul, Korea’s largest city and traditional capital, as a place of opportunity. By age twenty he had experienced more than many do in a lifetime.

Don was 20 in 1950 when the Korean War began. The North Korean communists’ invasion of the south immediately threatened Seoul, not far from the north-south border. The South Korean forces were routed, and Don and his family had to flee south again, chased all the way by an advancing North Korean army. Don carried his young nephew on his back two hundred and five miles, on foot, to Pusan. Once there, in crowded and chaotic conditions, Don was conscripted along with all other able-bodied young men into the Korean army. Don was forced to leave his family in the middle of night, without his mother knowing the cause of his disappearance.

Don’s unit served with the US Army 7th Division. Don trained and fought side-by-side with American GIs, engaging in the dramatic swings of the Korean War. The 7th Division entered the war in southern Korea and helped push to the North Koreans back, beyond the north-south border all the way to Korea’s Yalu River border with China. The 7th Division then had to fend off the entry of the Chinese army into the war, retreating south in the face of an overwhelming number of the Chinese forces. Don’s unit endured the furious back-and-forth that marked the war’s final phases in 1953.

Don’s initiative and intelligence served him well with the 7th Division. Don’s English skills were sufficient to enable him to interact closely with the American troops. His earnest efforts, then as in his later life, created bonds of friendship and led to the most fortuitous twist of fate. When his American GI buddies discovered that he had just started college before being “drafted,” one of them remarked that he had a cousin in college—and suggested they ask the cousin to send an application, to see if Don could go to school in the United States.

Willing to take chances, Don agreed. The college accepted Don’s application in 1952, and requested that he interview with an alumnus army captain stationed near-by. Don impressed the officer and he was admitted—to Dartmouth College, a small Ivy League school in New Hampshire–with a full scholarship.
It took a year—and the help of a friendly general—to get discharged. His GI friends scraped together enough money to get him a berth on a cargo ship to the U.S. Bill Etzrodt, one of his closest army buddies, and Bill’s family in northern New Jersey, aided him when he got to the US.

He found his way to New Hampshire in 1953 and the beginning of a life in America. The initiative and courage he demonstrated in his early life served him well at Dartmouth. Don was again in a foreign, albeit safer, environment, yet he overcame any obstacles and graduated from Dartmouth in 1957.

He went on to the University of Pennsylvania School of Architecture that same year. More importantly, there in 1958 he met Elizabeth (Betsy) Eves, who would become his wife. As Betsy recalls, she met Don when he tried to use a non-public telephone where she worked. Don parlayed this introduction into a lifelong, loving partnership and a family of four kids between 1960 and 1964 – Larry, Randy, Sandra and Tim. Don’s devotion to Betsy and his children followed the example of his mother – matter-of-fact and unconditional.

After Penn, Don began his professional architecture career in Philadelphia, working with several firms. He eventually took a position with the firm of George M. Ewing and Co. While with Ewing, his most notable achievement was his role as chief architect for Veterans Stadium. Despite less than flattering views of the Vet in its later years, Don remained proud that he gave his client what it wanted: a 65,000 seat stadium in which you could play a baseball game on Saturday night and a football game the next afternoon. In 1975, he again demonstrated the initiative and effort that marked his life and opened his own architecture firm. His first project was a major expansion of the Crozer Chester Hospital. Many others would follow.

His civic and community contributions in Media, Delaware County and the broader area are numerous. He was a member of the Chester Friends (Quaker) Meeting through his marriage to Betsy and its clerk for many years. He served on the Media Borough Planning Commission, the Media Borough Zoning Hearing Board, Media Historic Preservation, Inc, and was president of the Heritage Commission of Delaware County. He was Commander of the American Legion Smith Howard Post 93 in Media. He served in the leadership of the Media Youth Center and spearheaded the revival of the Media Soap Box Derby.

He greatly enjoyed fellowship and service with his neighbors first in the Kiwanis Club and then recently in the Media Rotary Club as its secretary, as Chair of the District 7450 Gundaker Foundation, and was a Paul Harris Fellow. He was Chairman of the Board of Directors of the Delaware County Chamber of Commerce. He served as a Trustee of Cheyney University. He was instrumental of the formation of the Korean Community Development Services Center in Philadelphia.

Equally numerous are the many instances of personal and material support he gave to individuals, from near and far. Don’s preference was for no recognition or “pat-on-the-back” for these efforts. In fact, one of the few ways to make Don uncomfortable was to try to offer such thanks.

Don was always grateful to a community that welcomed him openly and honestly in times when a young man from Korea could not necessarily expect that reception. His own words in accepting an award from the Chester Branch NAACP in 1996 for his works in Chester sum up his view of the world:

“Finally, any one of you present here tonight is more deserving of the honor you have bestowed upon me, more than I. For that I am truly grateful.”

His life is a story of initiative, perseverance and courage through adversity, coupled with generosity towards and action for others in recognition of and quiet gratitude for the good fortune, both that he created and that came his way. As a consequence, he enjoys the respect, admiration and affection of many, who will miss him.

The family asks that in lieu of flowers and tokens of respect that donations be made to the Media Youth Center. Donations may be made online at http://www.mediayouthctr.com/ (“Donate” tab in upper right) or by mail to: Media Youth Center, P.O. Box 84, Media, PA 19063.

A Quaker Memorial service, where friends can celebrate his life and share their memories, will be held on Saturday June 25, 2011 at 2:00 pm at the Clark Auditorium at the Crozer Chester Medical Center, Upland Avenue and Medical Center Boulevard, Chester, PA.

Parking will be available at the hospital with further information to be posted on this site.