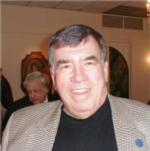 ley T. “Tom” Hibberd, III age 68, died peacefully at home on August 28, 2016, after a prolonged period of declining heart and lung disease. He enjoyed an exceptionally active and rewarding life with his fun loving sweetheart, Wendy, whom he dated from age 15 and married at age 20. Survivors include wife of 48 years, Wendy Walker Hibberd, two sons, Stan (Lora). Nate (Jenn), and youngest brother Don; middle brother Dave predeceased his siblings in 2009. Other family includes, sister-in-law, Betty Jo Hibberd, surrogate daughter, Marina (Alex) Molinski, and Goddaughter, Anastasia Steen. The Hibberd Family was active in Media. Tom coached Youth Club Basketball, Strath Haven Ice Hockey, and even Nether Providence soccer, though he frankly knew nothing about the sport. An avid sportsman, Tom enjoyed water skiing, tennis and racquetball. He had a life-long interest in antique boats and restored a 1966 Chris Craft ski boat. He later developed an enthusiasm for motorcycle riding. He and Wendy loved children and, over the years, hosted 12 Rotary Exchange Students from all over the world, 2 ABC students from NYC, one foster daughter, and visitors from just about everywhere. In addition to being a Rotarian for over 40 years, Tom was one of the initiators, working with Elizabeth Killough and his former history teacher, Hal Taussig, in making Media “America’s First Fair Trade Town”. Tom was a board member of the Media Business Association, former president of the Delaware County Historical Society, a member of the Nether Providence Historic Society board and chairman of The Media Theatre. Tom owned and operated Hibberd Brothers Insurance, a firm started by his grandfather and uncle in 1921. During an amazing and fulfilled life, Tom was best known for his signature qualities of enthusiasm and optimism. In lieu of flowers, gifts may be given in Tom’s name to the Tom Hibberd Scholarship fund at The Media Theatre, 104 W. State St. ,Media Pa 19063. Tom’s body will be donated to science. There will be no service.