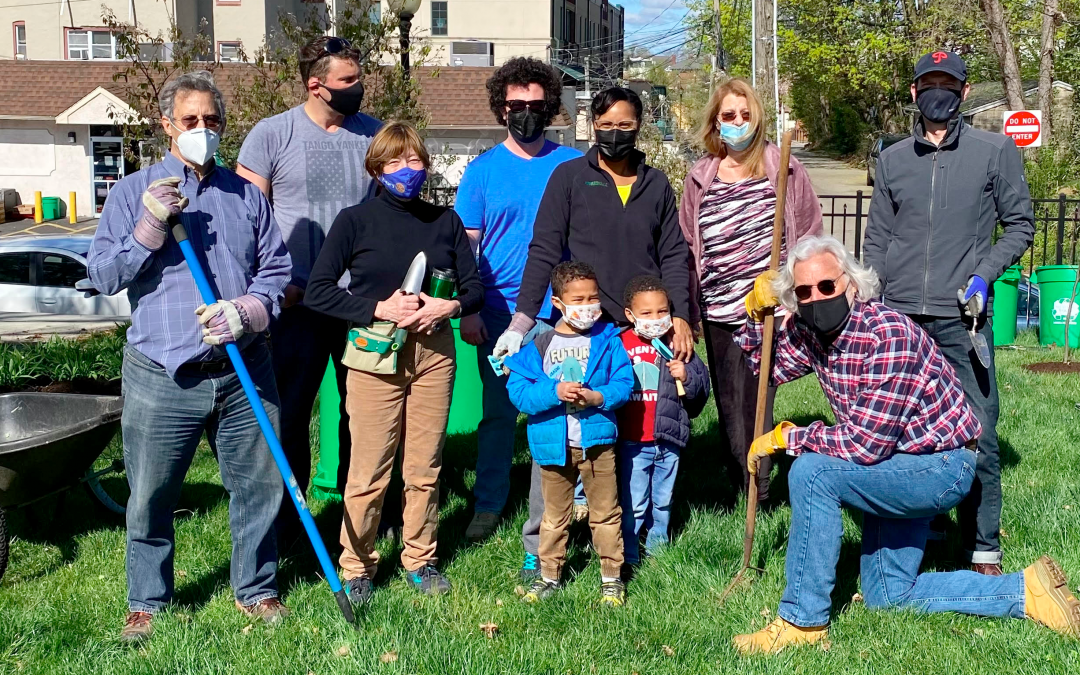 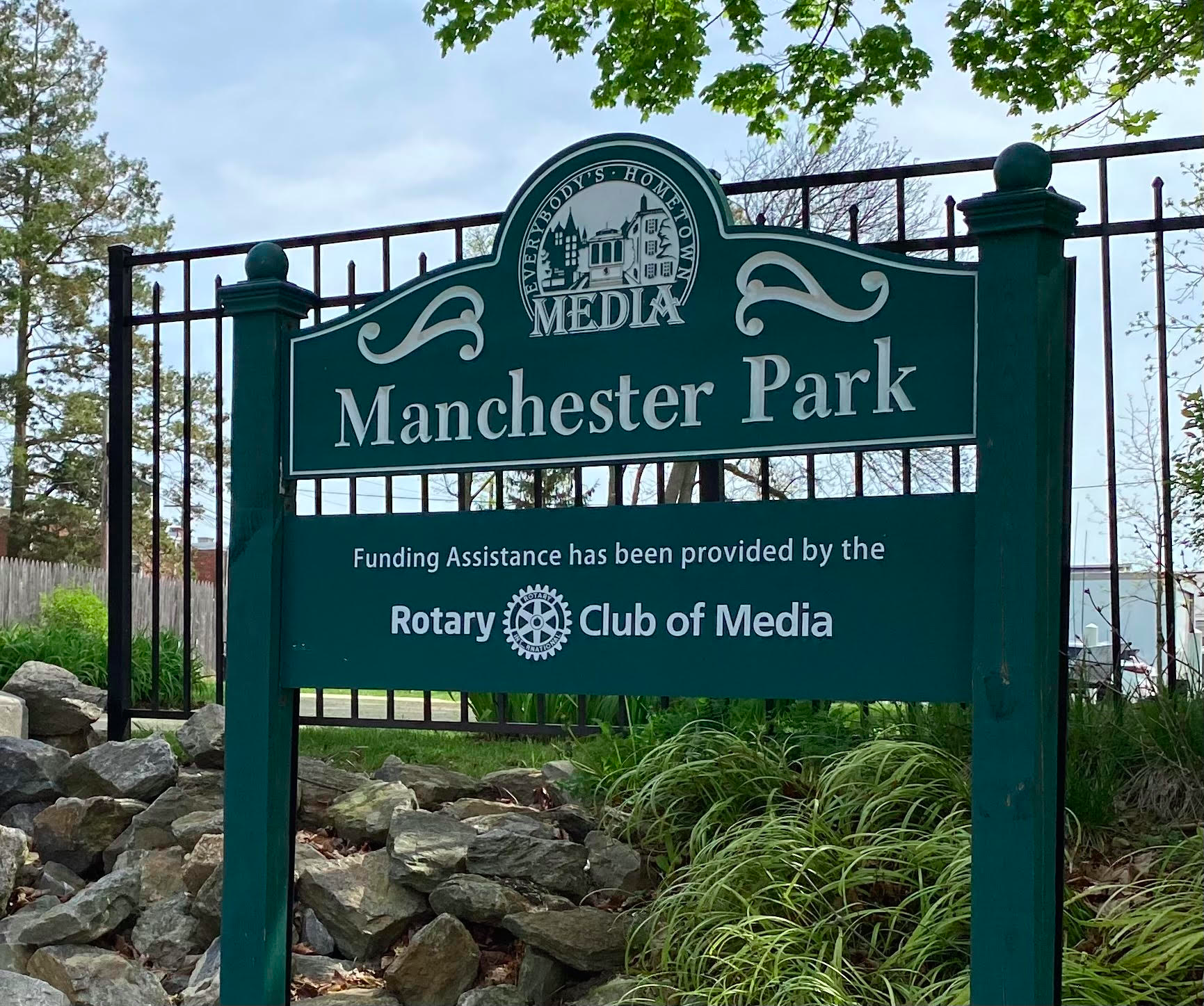 MEDIA – Most days Manchester Park, nestled into the heart of this bustling Borough, serves its intended purpose of providing a calm oasis in the middle of the bustling beehive of activity that surrounds it.

That will change for a few hours Saturday May1st, 3-5pm when a small group of dedicated volunteers descends on the pocket park, located on Manchester Ave. between Front and State, to help spruce up the property. It’s a scene that will be repeated a handful of times throughout the year.

The explanation for these periodic outbursts can be found at the bottom of the sign outside the main entrance. It reads: Funding assistance has been provided by the Rotary Club of Media.

The volunteers are Rotary members. The club has adopted the park after playing an important role in its creation in 2018, along with Media Real Estate Company and Borough officials.

“It happened to be that I was a member of Rotary,” explained Jeffry Cadorette, who also works for Media Real Estate. “Bill Strine, the CEO, is a past president of our club. That’s how Rotary got involved. And now, four or five times a year, we go out and we clean up and keep it pretty.”
Rotary became involved long before the park was even designed. Several years ago, Wawa applied for a permit to open a store on the corner of Baltimore Pike and Providence Road. Media Real Estate is the exclusive agent for Commonwealth Real Estate Investors, which owned both that land and the land on which the park is now located.
After a series of negotiations, it was agreed that the land for the park would be donated to the Borough as part of the deal. But there was still the question of how to best utilize the gift.
“The Borough is big on open space,” Cadorette said. “We’re a tiny, little Borough and it’s pretty developed. I went to Pete Williamson who’s a council member and ran the idea of a pocket park up the flagpole with him and he liked it. Obviously, we didn’t want to donate it if they were going to turn it into a parking lot. Or develop it. If we were going to donate, it we wanted it to be a pocket park.”

As a Rotary member for over 40 years, he had another idea. “I took it to the club and said, ‘Hey, look. Here’s this piece of land that was nothing more than a gravel parcel. How about if the Media Rotary Club gets involved with adopting it?’ And they did,” he said.

In addition to assisting with upkeep, Rotary contributed $15,000 to help pay for benches, tables and landscaping.

“Borough Council wished to have parkland in an area of town that had little and many residences on smaller lots,” Williamson said. “Media Borough is tremendously grateful to Rotary for adopting the park and looks forward to a long partnership that will keep it lovely as we add new features.

“We hope the park will continue to be a quiet spot in a busy area for folks to look at the flowers, enjoy some shade, and maybe read a little.”

Said Cadorette: “When I drive by there in the summer time I see people sitting on the benches, maybe eating something they picked up at Wawa. It’s just a place for people to stop in if they’re on a walk and sit down. It’s really pretty.