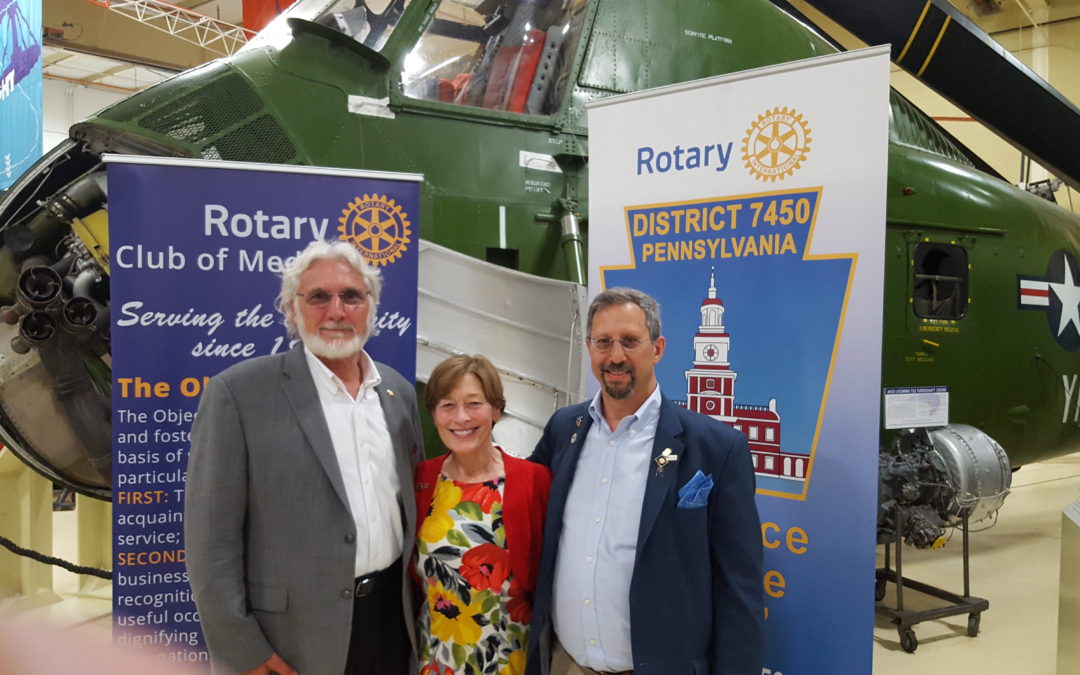 The Rotary Club of Media is the only club among the 35,000+ clubs in Rotary International to have an International Director, a District Governor and a Club President from the same club in the same year. Club members turned out in force to celebrate that reality at the dual installation of the officers and directors of Rotary District 7450 and the officers and directors of the Rotary Club of Media at the National Helicopter Museum in West Chester.

Members of the club contributed $14,280 to the Rotary Foundation and recognized three new Paul Harris Fellows, the award given to Rotarians who contribute $1000 to the International Foundation. Those recognized were Rob Hancock, Morris Kaufman, and Walt Woerheide.

Anyone who is interested in learning more about Rotary are welcome to come to a club meeting, every Thursday at 12:15 p.m. at Fellini Café, 106 W. State Street in Media or visit our website www.Mediarotary.org.

Cedar Creek Catering
350 West State Street
Media, PA 19063
Thursday,
12:15 PM - 01:30 PM
Some of our weekly meetings are via Zoom. Please consult the calendar on our homepage to see which meetings are in person. For the zoom meeting number and password, members should check their emails and all guests should contact webmaster@rotary.org.