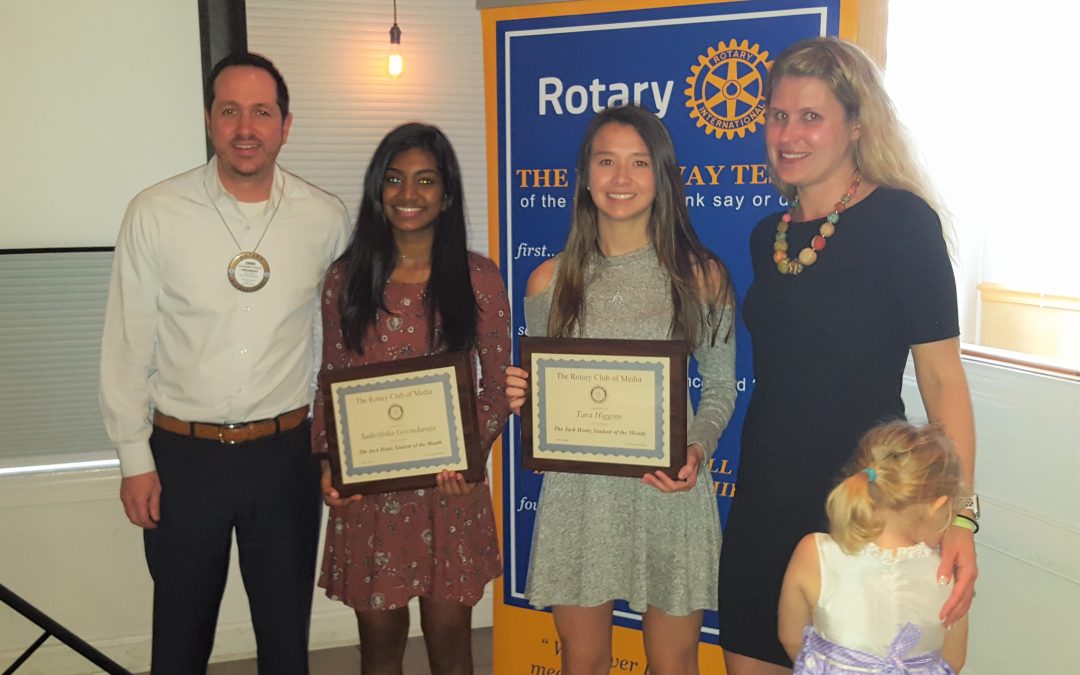 The Rotary Club of Media honored two students from Penncrest High School at their April 12 meeting. Sai Govinda Raju, an eleventh grade student is a member of the World Language Honor Society and Rho Kappa, the History Honor Society. Her facility in languages is evident as she placed in the district French contest and won third place in the district Chinese contest.

Tara Higgins is a senior at Penncrest and has been accepted at Cornell University which she intends to major in Global and Public Health Sciences. At Penncrest she is a member of the National Honor Society and the Math, History and World Language honor societies. She is on the varsity soccer team and varsity track and field team. She is a volunteer at the Media Food Bank, Crozer Chester Medical Center and a Unite for Sight Global Impact volunteer in Ghana in 2017. Tara is in the Media area Sports Hall of Fame acknowledging her as a state medalist in the 400 meter and 4 x 400 meter rely and as a national qualifier in the javelin and the pentathalon. She was also recognized by the Pennsylvania Hall of Fame as a student athlete.

Cedar Creek Catering
350 West State Street
Media, PA 19063
Thursday,
12:15 PM - 01:30 PM
Some of our weekly meetings are via Zoom. Please consult the calendar on our homepage to see which meetings are in person. For the zoom meeting number and password, members should check their emails and all guests should contact webmaster@rotary.org.